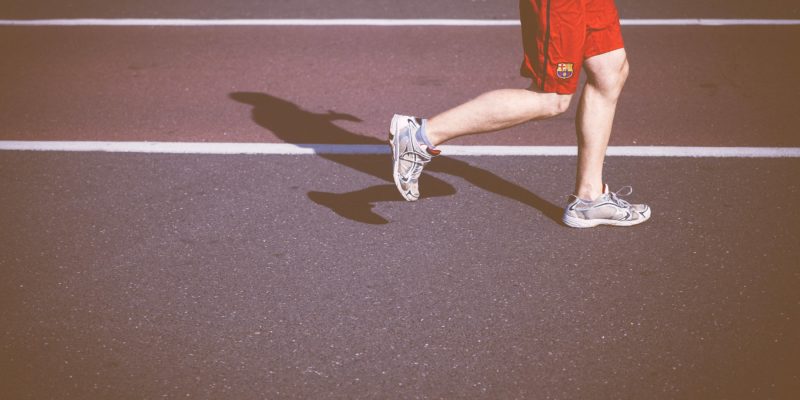 Discovering Unexpected Rewards at the Back of the Pack

I have run in the annual 5-mile “Minuteman Classic” in historic Concord every 4th of July for more than 25 years. Though by no means an elite runner—my one Boston Marathon took 4 hours and 15 minutes—I’ve always loved this little Colonial-themed road race so much that each spring I rev up a special training regime around it involving short, easy runs for two months before the race, then pick up the pace and push harder until race day.

One recent year, however, an unexpected challenge struck. The previous November I’d come down with Lyme arthritis, a subset of Lyme disease that typically balloons one knee up to the size of a softball. For the next few months, I could neither run nor walk without horrid stabs of pain striking at me when I so much as stood up.

Fortunately, a crutch, antibiotics and basic rehab ultimately made the worst of this diminish so that by spring my right knee pain had all but disappeared, convincing me I’d be fine for this year’s meet yet again. So throwing caution and common sense to the wind, I pinned on my official bib minutes before 9 AM on the big day and milled around with 300 others ready to go.

Then, at the appointed time … CRACK, CRACK! Muskets fired into the air by two Colonial-garbed “minutemen” pushed us ahead gingerly with ever-quickening paces past the Concord Free Library and the 300-year-old Colonial Inn. A half-mile further, we clopped en masse by Hawthorne’s Old Manse, clattering next over the Old North Bridge and then past the Minuteman Statue, Emerson’s “shot heard round the world” testament on its plaque egging us on.

Not long after, however, at Mile Marker #2, a throng of seasoned runners effortlessly whizzed ahead. I reminded myself that I had never been that fast a runner anyway so as to wash away any concern. Still the ease with which they moved seemed disconcerting, ominous.

Two hundred yards later, a gaggle of newbies slipped by me too and at Mile Marker #3, pain-pricks at my knee began to jab at me. I was definitely running at a slower pace so that by Mile Marker #4 I was hard spent to keep up even with the back-of-the-pack. 500 yards later, gasping past the big yellow Henry David Thoreau house, I found myself alone totally, just asphalt and me. Most of my competitors had left me in their dust.

Should I quit? Just walk from here on? I’d never quit any race before but this time a shock hit me hard: What if I finished dead last? What if everyone beat me, even the mom or dads pushing strollers? The ghost of Louisa May Alcott then sprinted right by me, running hard in a hoop skirt down the middle of the road, as she so loved to do in olden days.

I squinted behind me, way back in the distance. A lean, tall woman runner was giving it her all but apparently managing only scant progress. She not me would be the last racer! If I could only sustain this snail’s pace a half-mile more, despite the pain, I’d finish as the penultimate racer, not its very last. I could live with that.

The final stretch now in view, I embraced such a meager consolation prize and trudged on. Instants later however, my construct collapsed as that struggling last-place loner out of nowhere came level with me … then pumped ahead! At the same instant, my knee pain had grown louder, clawing and scraping and tearing me down. Rapidly losing all control and resolve, I helplessly watched my only remaining competition grow smaller as she moved farther and farther away.

A police radio next crackled near my ear as a helmeted officer on a bicycle slid beside me to ask, “You OK?” Despite knife-like stabs in my knee, I gave him a nod. Still he voiced words into his unit that I’d prayed I wouldn’t hear. “I’m with the last racer,” he said. It was official!

Ahead at the finish line, a half-dozen onlookers were cheering the morning’s final stragglers. Spying me, they began to whoop. “You can do it! You’re almost there!” Was this admiration or pity? I didn’t know.

Nothing left to lose, I decided to give them a show. Summoning every waning reserve, I began pushing myself forward, determined to look as good at the end as I had felt at the start. So I pounded toward them, sprinting, stomping, veritably stampeding. 35 yards to go, 30, 25. I ran bolt upright, lungs grinding, eyes tight shut, legs up and down again and again. Strangest of all I was devoid of all pain! No jabs, pricks or stabs.

20 yards now, 15, 10. My loyal fans yelped and howled, feeding off my insistent abandon. “You’re doing it! Almost there!”  I seemed to be moving faster at this moment than I’d ever run in my entire life, Louisa May’s sprint-spirit somewhere within nudging me with an invisible boost.

Gliding thru the finish line funnel, I now stood out from the entire pack, my steadfast fans viewing me as the ultimate in never-say-die. Slowing to a stumble for my cool-down, my former dire knee pain ironically returned. I may in fact had set my healing back six months tho truth be told, I didn’t care. Locking eyes with an off-duty Concord firefighter, he hurried over to extend his hand. “Nice work out there, man!” he blurted.” You did so great.” Then: “Better than I could do!”

He drifted off while others came over to high-five me and clap me on the back. But the firefighter’s words clanged loudest of all. “Better than I could do.” Better than you could do? Me? The last racer?

I have never won a road race in my life, resigning myself long ago to the reality that I never could. So I’d never know what it must feel like to cross a finish line before all the others and rein in adulation and attention as the race’s true winner.

But coming in last today, I did.

Ken Lizotte is Chief Imaginative Officer (CIO) of emerson consulting group which “transforms business experts into published thoughtleaders.”  Author of eight books, he finished the following year’s Minuteman Classic well ahead of the back of the pack.