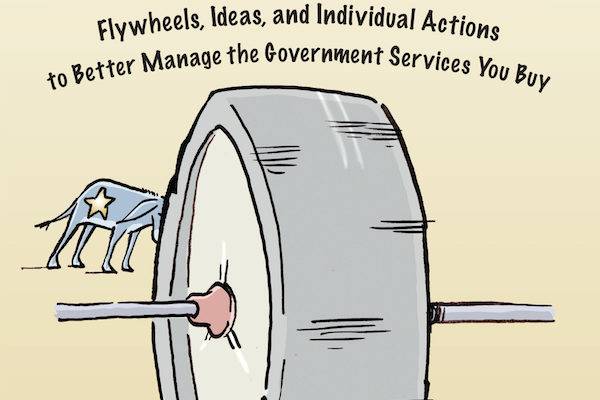 Flywheels, Ideas, and Individual Actions to Better Manage the Government Services You Buy

For most Americans, their largest annual purchase is government services. Yet we are irresponsible consumers! If we chose to invest comparable time and effort, we could reap better value at less cost year after year. Furthermore, the United States could enjoy a global economic competitive advantage once our actions led to the most cost-effective and efficient government among developed nations.

The keystone of this transformation rests with individual citizens and not elected officials or political parties. Our challenge is to motivate ourselves to initiate a cultural shift toward greater civic responsibility.

Author Steven Borne explains in Consuming Government that the secret sauce is to start locally on the smallest levels of government services, then, as our management skills, tools and habits grow, expand upwards to broader layers of government services. From there, he argues, solutions can be driven upwards through communities versus the current stagnation from our oscillating political party control. The multitude of ideas introduced in this book can serve as a catalyst to align interests, talents and passions of our citizens for this civic culture transformation.

What people are saying…

“Steven Borne’s Consuming Government is an important wake-up call to anyone who thinks that voting is enough. And to those who don’t even do that! There is so much in this book that forces you to decide what you think–and what you can do about it. Liberals, conservatives, and complete cynics will find much to agree with and disagree with, but that’s just the point. Mr. Borne isn’t out to convert you. Just to make you think–and then do something about it.”
–Susan Estrich, Syndicated Columnist, Professor of Law and Political Science, USC

“I have spent much of my career trying to educate the American public about the need to improve government performance, restore fiscal responsibility, and achieve needed political reforms. In Consuming Government, Steven Borne clearly explains how small changes at the citizen and community level can help to achieve big changes nationally. He is to be commended for imploring us to see our frustrations with government not as a Washington problem, but as an American problem that we each have a responsibility to help solve.”
–Hon. David M. Walker, Former Comptroller General of the United States

Steven Borne’s first foray into the 2000 NH primary process exposed him to the inefficiencies of the presidential campaign process and to writing letters to the editor. His letters were intended not to complain but to offer solutions to problems. An aggregation of all these ideas led to a fledgling independent party, which unfortunately failed to get itself onto the NH ballot. Ultimately he recognized the way to revitalize our democracy was to get US citizens to change behavior. Since then, the siren song has called to the engineer in Mr. Borne to enable our nation to self-correct how we might best manage all the government services we buy, starting with local actions. Borne holds a BS in Mechanical Engineering from the University of New Hampshire, MBA from Northeastern University and is the current President of the Rye (NH) Civic League.