Here I Am: Concord Connections 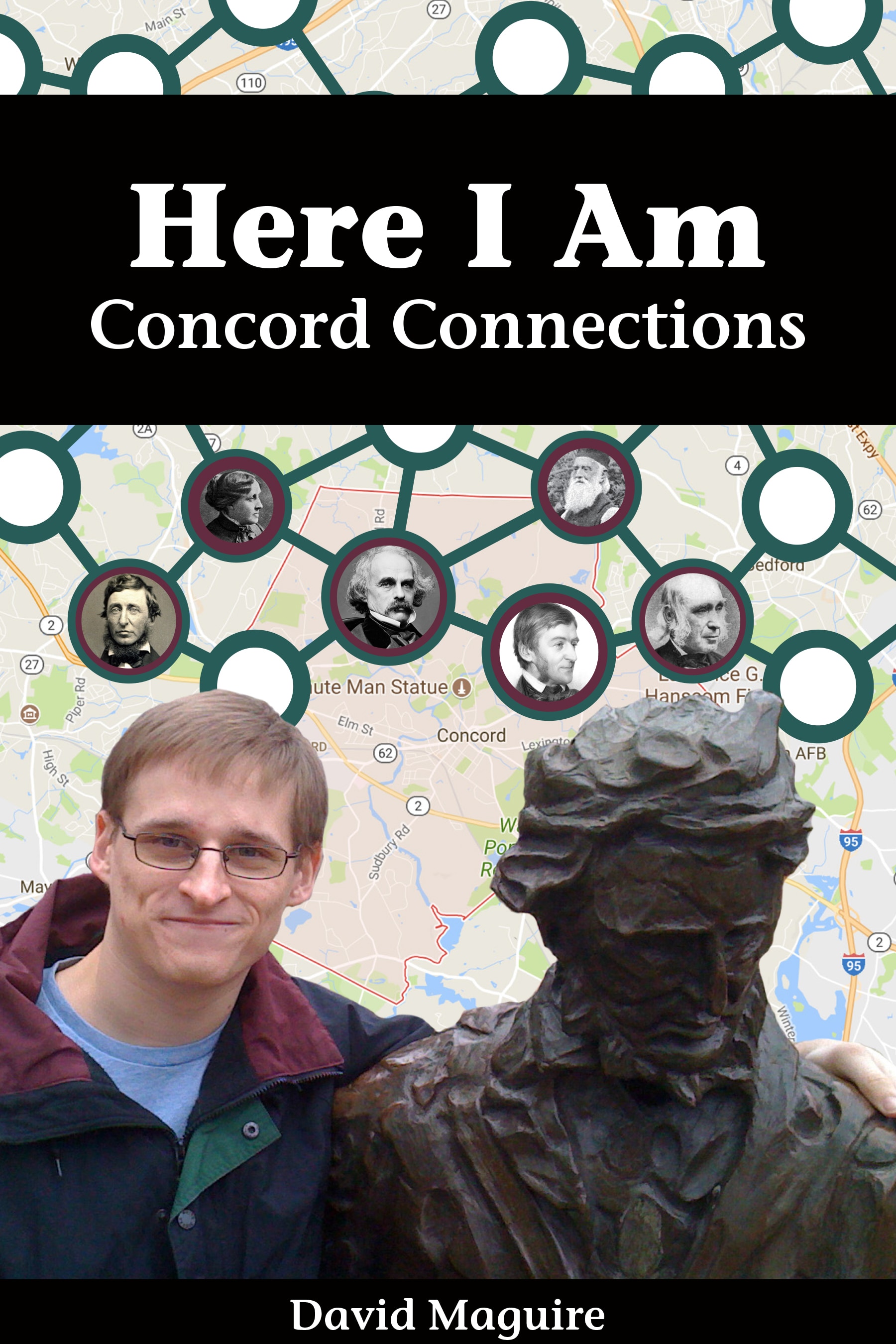 Title: Here I Am: Concord Connections

This book of photo essays is a testimonial to Concord, Massachusetts, “one of the most important towns in the whole world” according to author David Maguire, “a place where the American Revolution began with the ‘shot heard round the world,’ and a place where some of America’s most famous authors (Alcott and Hawthorne) lived and wrote, and a place where the thinking of great American philosophers like Emerson and Thoreau influenced the world.”

To honor this amazing town where he was raised, Maguire put together this intriguing collection of photo essays consisting of his comments on various historic spots alongside photos of these spots, in most cases with Maguire himself inserted into the picture. Boston Globe columnist Bella English writes on the book’s back cover that the result is “a lively tour of Concord, from Wright’s Tavern where both colonialists and British troops plotted, to the shores of Walden Pond.” Also included are photo essays of relevant monuments in Washington DC that Maguire feels “connect great men of American history (Jefferson and Lincoln) with the events in my hometown of Concord.”

The book is thus an extraordinary, intimate tour of significant periods of American history with the goal of making CONNECTIONS wherever possible --- connections to the American Revolution, and the terrible tragedy of slavery, with Concord’s literary history and finally, uniquely, to Concord’s proud history and the author’s own family.